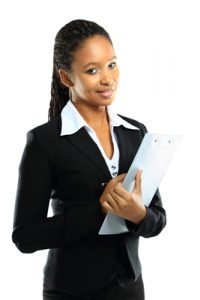 Gender parity is not a new issue. Achieving a balance between the number of women and men in the workplace, in leadership roles, and receiving living wages has wide-reaching impacts.

The World Economic Forum has been measuring gender parity in education attainment, economic opportunity, health and survival and political empowerment since 2006. The Global Gender Gap Report 2017 states that for the first time since 2006, progress towards achieving gender parity has lessened. In the economic opportunity and education attainment realms, businesses have the opportunity to create forward momentum and reap the benefits of reducing the gender gap.

Businesses that actively use their tuition assistance benefits to promote both women and men attaining higher education are laying the groundwork for increased gender parity and economic opportunity. When women complete higher education they have the opportunity to move into leadership and management positions. Almost every industry has more women employees than in the past, but females still fill only about 50 percent of leadership positions. Increasing the number of women leaders is advantageous for women and businesses alike.

The World Economic Forum’s Future of Jobs Survey showed that 42 percent of employers saw gender parity as a fairness issue. More than 20 percent of those also saw a very practical reason for increasing the number of women leaders: Women control 65 percent of global household spending. Women in leadership positions reflect the make-up of and understand the customer base. They add diversity and innovation to business decision-making processes. The report states, “When it comes to leadership positions, companies with top quartile representation of women in executive committees have been shown to perform better than companies with no women at the top—by some estimates as much as a 47 percent premium on average return on equity. Links also exist between having more women directors and corporate sustainability, as well as with economic growth, since more diverse leadership teams can cater to a broader array of stakeholder needs and concerns.”

In today’s economy US businesses compete world-wide, and have a stake in the national and global economy. Creating opportunity for gender parity can significantly improve the national economy, as well as individual businesses. The World Economic Forum report states that “improving gender parity may result in significant economic dividends.” Recent estimates predict that gender parity could add an additional $1,750 billion to the GDP of the United States.

Gender parity is an issue that will continue to grow in importance, and the businesses that respond by using TAP to increase women leadership will benefit. Markets will continue to become more global and diversified, and technology will continue to change processes and products. The need for women in all business fields is summarized by Ellen Stofan, honorary professor at University College London, when she talks about the need for women to work in STEM. “The Fourth Industrial Revolution is changing the way we receive information, how we process it, how we work and what jobs we will do. It is happening at an unprecedented pace. Because of this, we simply cannot afford to have any less than our whole population engaged and contributing.”