New Trends in the World of Higher Education | Edcor

New Trends in the World of Higher Education 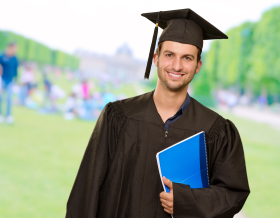 In Edcor’s headquarter state of Michigan; legislature was passed in 2011 requiring four year public higher education institutions to put into place transfer agreements with community colleges. Many states have adopted a similar stance on reverse transfer agreements, as this option is becoming more and more popular.

Additionally, community colleges who lose students to four year institutions cannot normally track the success rate of their students accurately, meaning that they are continually reporting dismal completion percentages. While this initially may not seem of particular importance, there are instances where low completion percentages prevent community colleges from receiving funding that would otherwise be available.

It is recommended that students who have attended a community college in the past and are now at a four year institution check with their admissions office to see if reverse transfer options are available. While not every student will be interested in reverse transfer agreements, there certainly will be some.

Another interesting development in the world of education is a push by community colleges to move from a traditional two year program format, to a four year format for select degree majors. Examples of some of the current two year majors that are showing promise to move to four year majors include culinary arts, food and agriculture science, power generation technology, and maritime technology. Most programs would provide baccalaureate degrees with the completion of fewer credit hours than their four year counterparts, saving students time and money.

It is a lengthy process for community colleges to begin offering bachelor degrees. Most need to have additional accreditation, rewrites of curriculum, hiring of staff with higher credential levels, and site visits from accrediting bodies.

Currently, there are 22 states that have legislature surrounding community colleges offering four year degree programs. As time goes on, we anticipate that this will become more and more standard. As workforce needs and the cost of higher education continue to climb, the popularity of students having cost and time efficient choices will become more and more important.